Looking For Cock and A Fuck In the Men’s Restroom 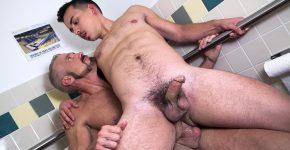